Often when you’re working with build and release pipelines, you want to use variables from the build pipeline in your release. Today I was asked by a co-worker how you can find the build number from a build artifact and use that in one of the tasks in a release.

The primary artifact is generally the artifact you select initially when you create your release initially. 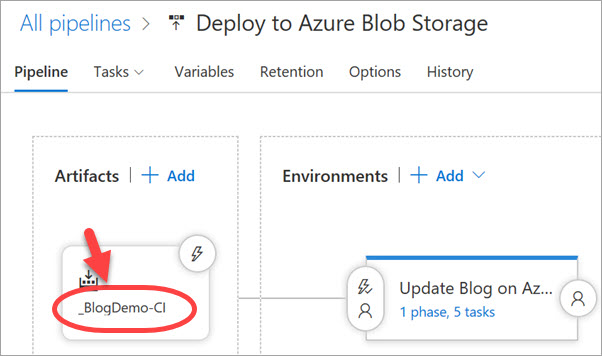 Here’s a screenshot showing how to use the build variable in a task in your release pipeline. I’m choosing to use a Command Task to output the Build number in the logs just to keep the demonstration easy to follow.

Using a build variable in a release pipeline

There are quite a few more primary artifact variables you can use. Check out the Microsoft docs for a complete list.